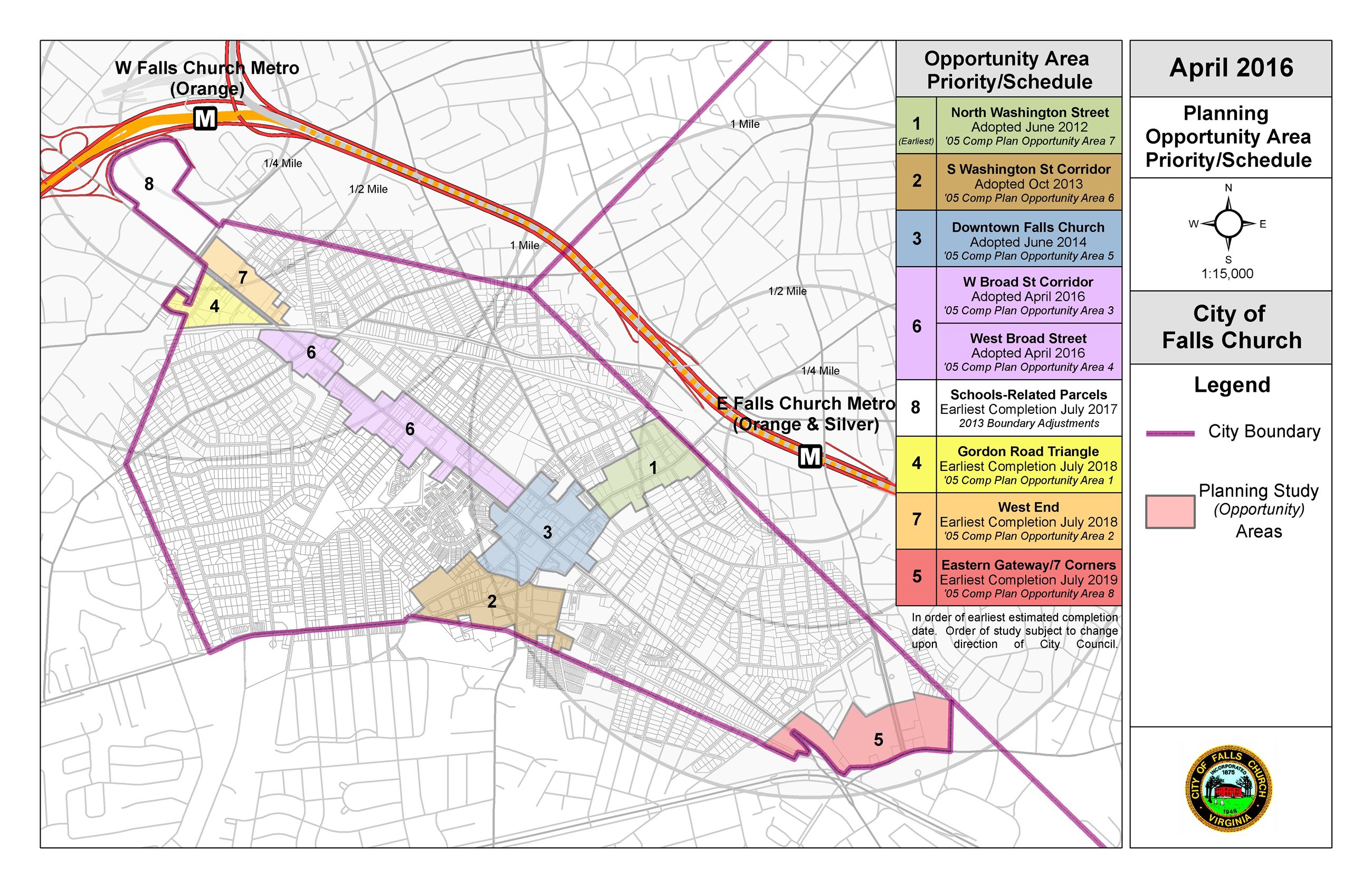 Revitalization Zones & Small Area Plans (Adopted 2016) - The Revitalization Areas to be designated on the Future Land Use Map for the City of Falls Church encompass commercial areas along Broad Street (SR 7) and Washington Street (US 29) that generally align with the City’s Planning Opportunity Area (POA) boundaries. The POA boundaries provide a guide as to where the City is promoting revitalization through the creation of Small Area Plans. The purpose of these Revitalization Areas is to designate where redevelopment will be encouraged. Link to Document 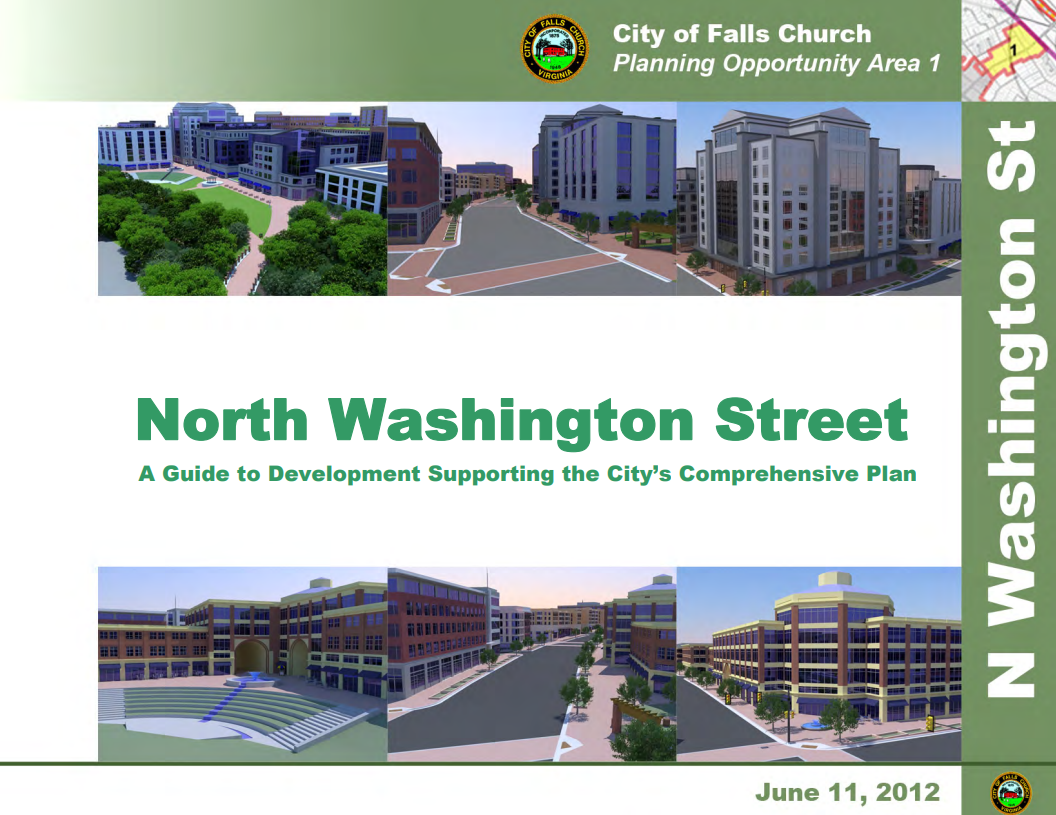 North Washington Street (Adopted June 2012) - The location as a major gateway along Route 29, close proximity to Metro, and commercial zoning presents the potential for the area to serve as a catalyst for economic and community growth within the city. Link to Document 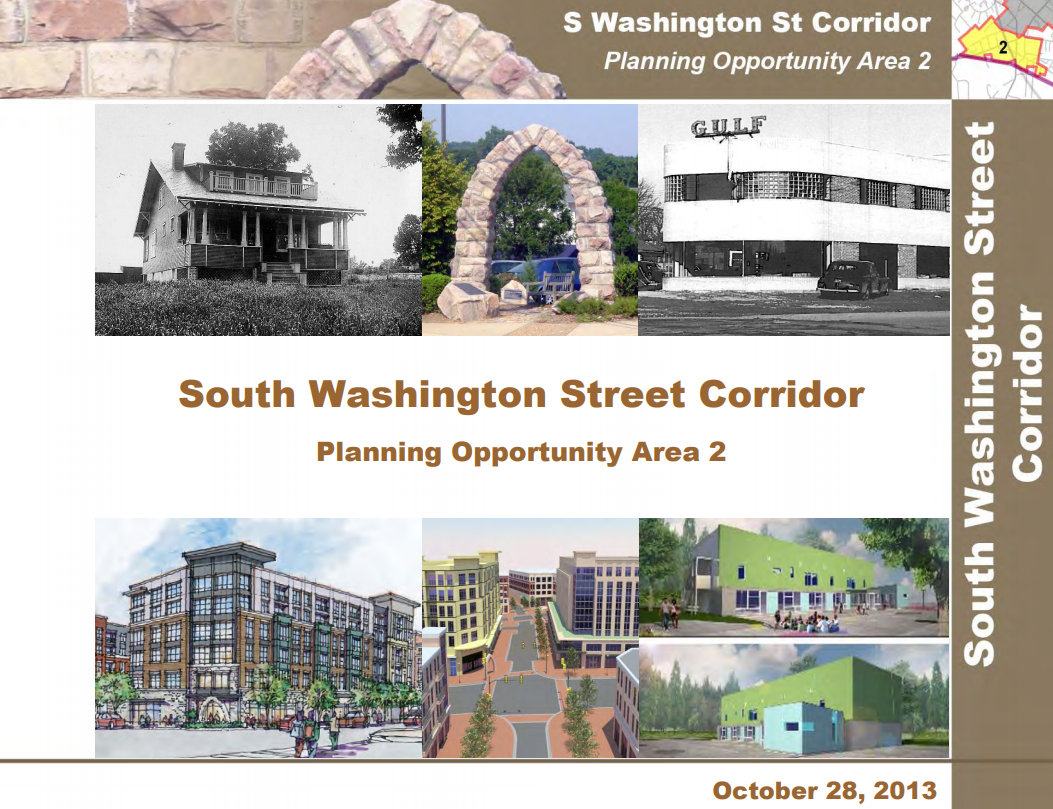 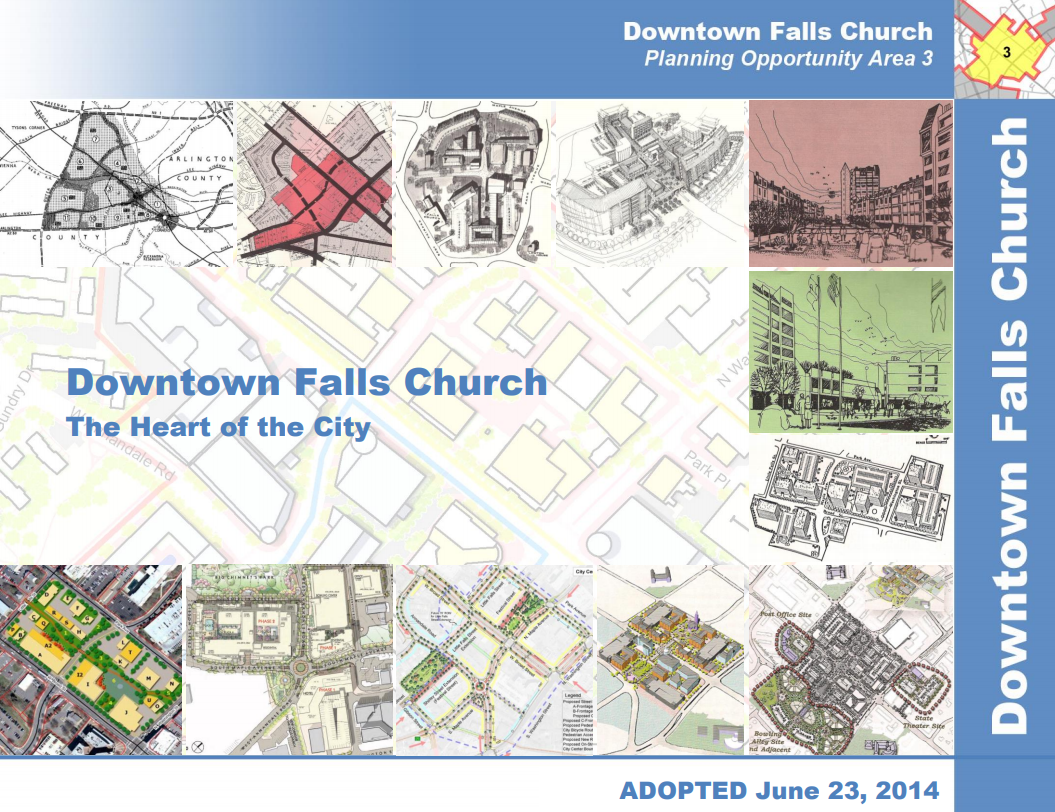 Downtown (Adopted June 2014) -  The Downtown Falls Church POA represents the commercial heart of the City and has potential to become a local and regional destination focused around the regional crossroads of Broad Street and Washington Street. Chapter 4 of the 2005 Comprehensive Plan calls for a more urban environment in the POA and describes the vision of walkable streets, public transportation, and integrated civic and commercial spaces. Link to Page | Link to Document 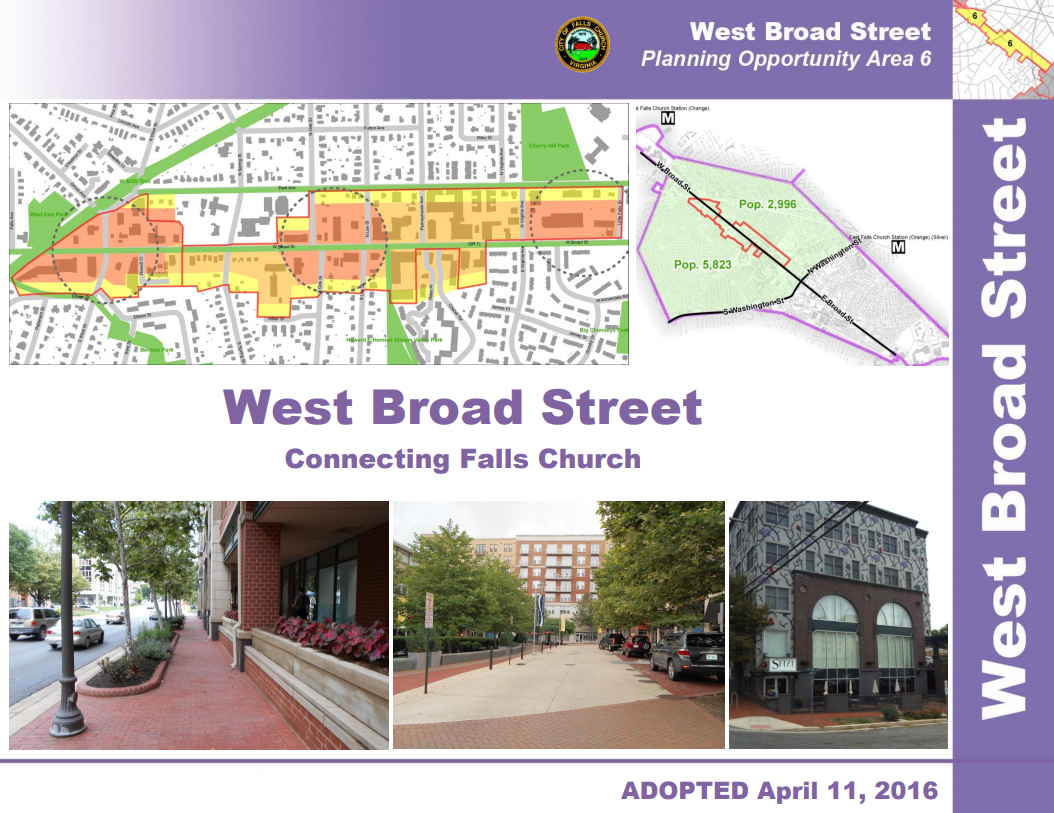 W Broad Street (Adopted April 2016) - This Plan will provide a general concept for the West Broad Street POA that can serve as a reference for the City, landowners, and developers to help guide long-term redevelopment. This plan assumes redevelopment will occur at a natural pace relative to economic conditions while conforming to the City’s vision. Link to Page | Link to Document 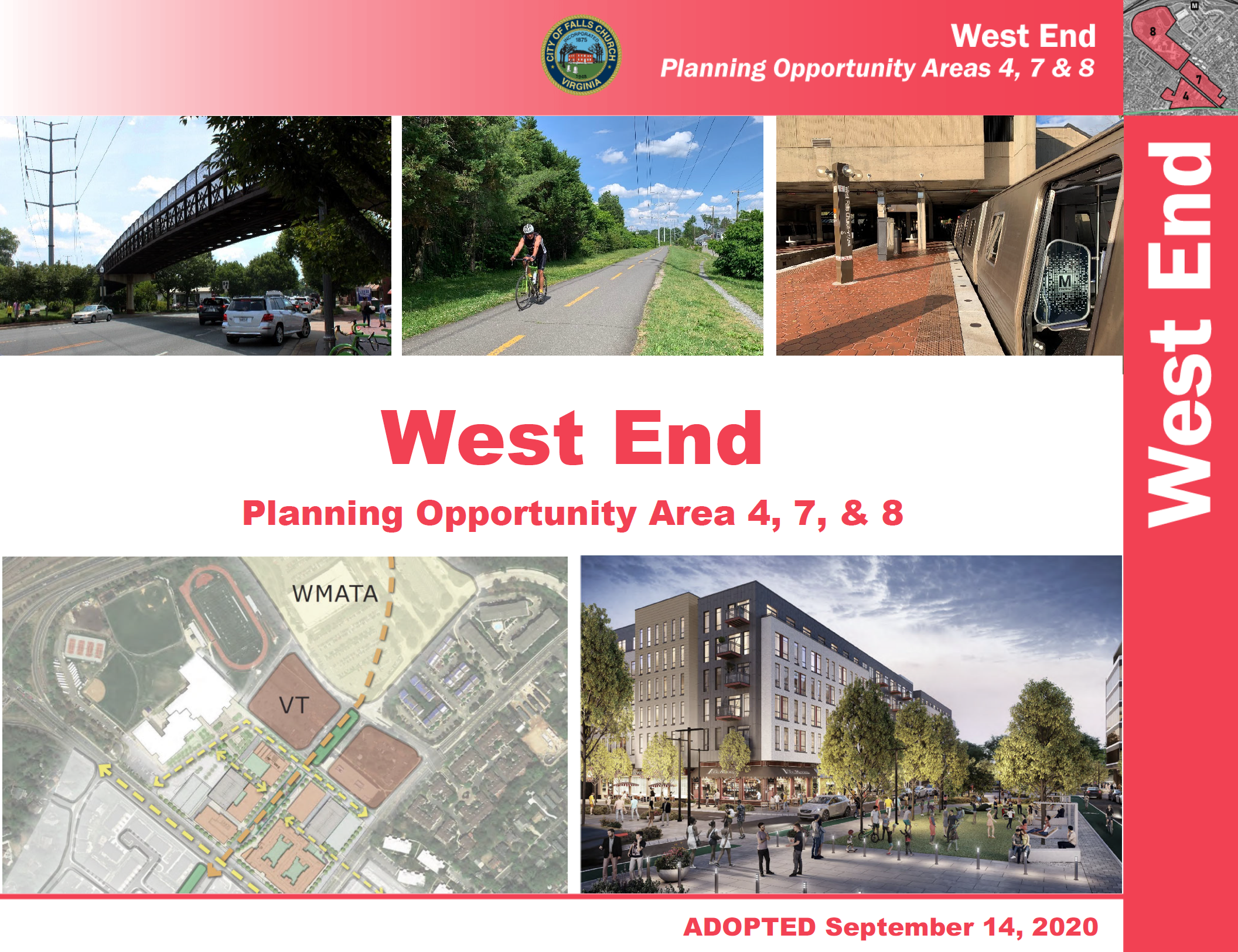