What is a Body Worn Camera?

Body Worn Cameras are relatively small devices that record interactions between members of the public and officers. The devices are activated either manually at the officer’s discretion or automatically, such as when an officer enables their patrol car’s emergency lights. Body Worn Cameras capture both video and audio and will be worn on the front of the officer’s uniform or their outermost garment, such as a jacket.

Body Worn Cameras can have a positive impact within the Police Department itself and the community as a whole. Device benefits include: 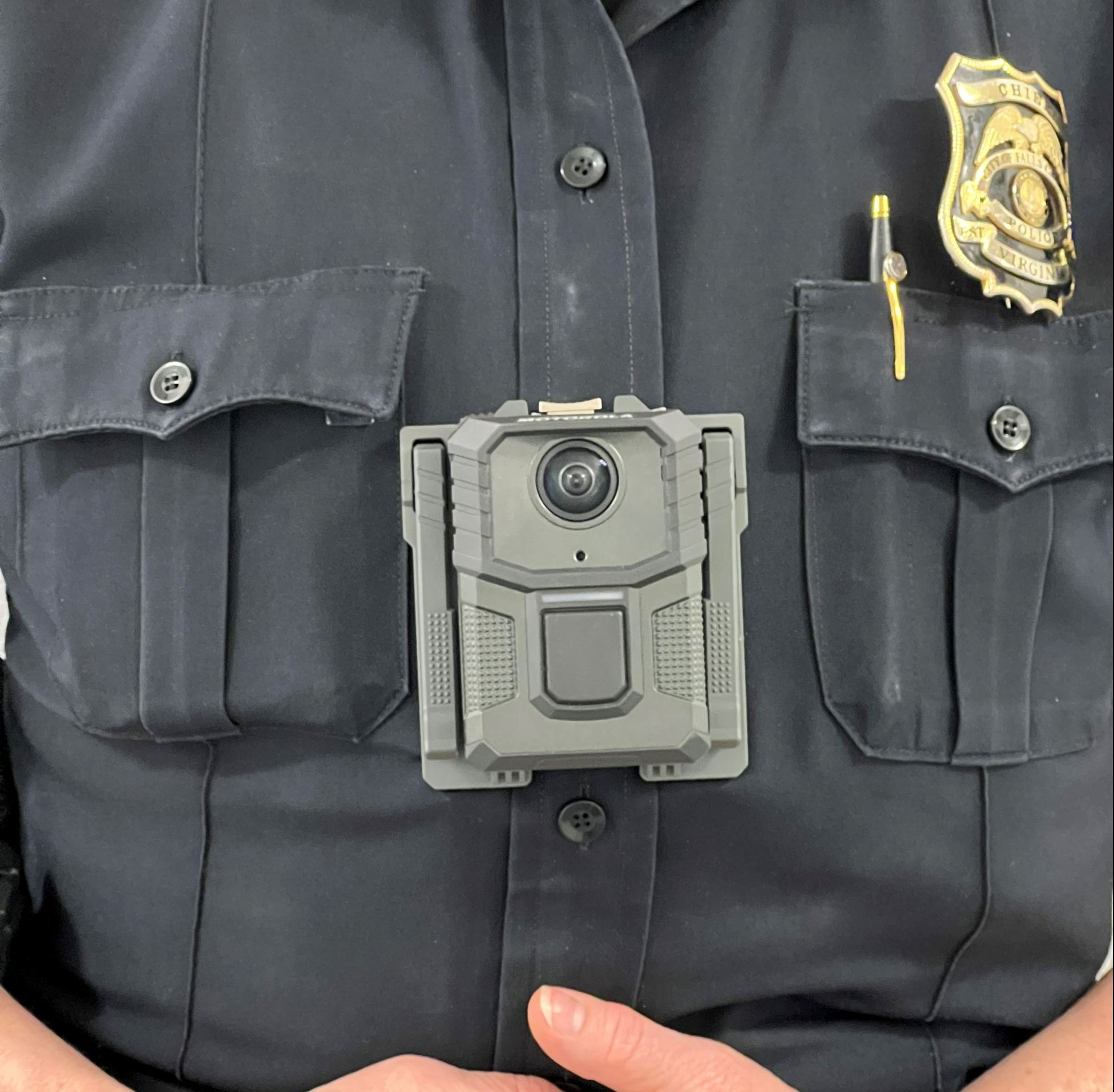 Body Worn Cameras also help the Police Department meet several of the recommendations defined by the Use of Force Review Committee outlined in their 2021 report:

How will I know if a Body Worn Camera is recording?

The Camera will show a blinking light on the top of the device when it is recording. You can also ask the officer directly if the device is recording, who is expected and trained to answer the question truthfully when asked.

What happens to footage captured by a Body Worn Camera?

At the end of each shift, officers will place their body worn cameras into a transfer station that will automatically upload any footage.

Recordings cannot be edited, changed, or deleted either on the camera itself or once downloaded.

The City of Falls Church Police Department follows the retention guidelines set by the Library of Virginia. Recordings not governed by this law are retained for 90 days.

How can I request Body Worn Camera footage?

Any requests for audio/video recordings will be processed under the Freedom of Information Act. This includes, but is not limited to, footage from Body Worn Cameras, in-car dash cameras, or any other official recordings. Only the Chief of Police, or designee, may authorize the release of any recordings.

While we recognize the need for transparency, any decision to release footage must consider the privacy interests of those captured on film (victims, reporting parties, witnesses, etc.) especially in locations where they have an expectation of privacy such as inside a residence or other sensitive locations. Additionally, any incident that would be protected under local, state or federal law (such as sexual assaults or incidents involving juveniles) must be protected. At the same time, the public’s desire to know what happened in a particular incident must be balanced against the danger that the premature release of footage could interfere with an ongoing criminal investigation, bias potential jurors, or impact the integrity of a future prosecution. When appropriate, the decision to release video evidence will be made in collaboration with the Commonwealth Attorney’s Office.