About the Office of the Sheriff

The Sheriff is elected by the citizens of the City of Falls Church every 4 years. The Sheriff is referred to as a constitutional officer because the office is specifically established by the Constitution of Virginia.

The Sheriff's Office provides court security and prisoner transportation in addition to serving civil warrants and legal notices, as mandated by the Virginia Constitution and the Virginia Code. The office works in conjunction with the City of Falls Church Police Department in the performance of law enforcement functions including the issuance of traffic summonses, traffic control, special events, emergency response, and training exercises. 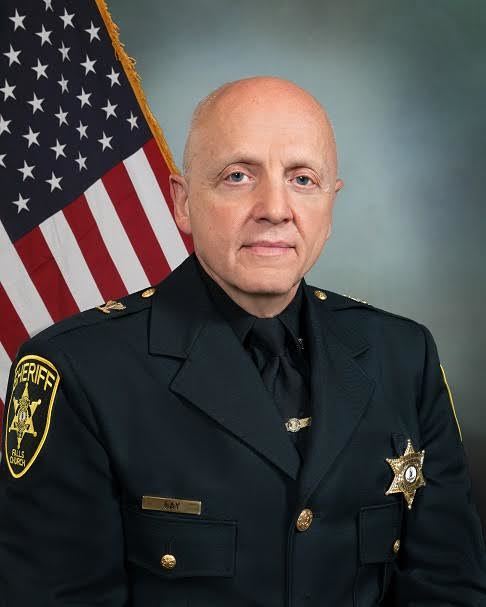 Thank You for Your Service, Sheriff Bittle
In August 2020, Sheriff Stephen Bittle retired after 54 years of service to the City of Falls Church, 28 of which were as Sheriff.

Sheriff Cay has over 20 years of law enforcement experience. He started service with the City in February 2003 in the Sheriff's Office, then joined the Police Department, and then rejoined the Sheriff's Office as Chief Deputy in October 2016.  Previous to that, he practiced law in Virginia.

"I am looking forward to continuing to serve the City of Falls Church and our community as the Sheriff," said Cay.

Below: Sheriff Matt Cay (left) is sworn in with the help of retired Sheriff Stephen Bittle. 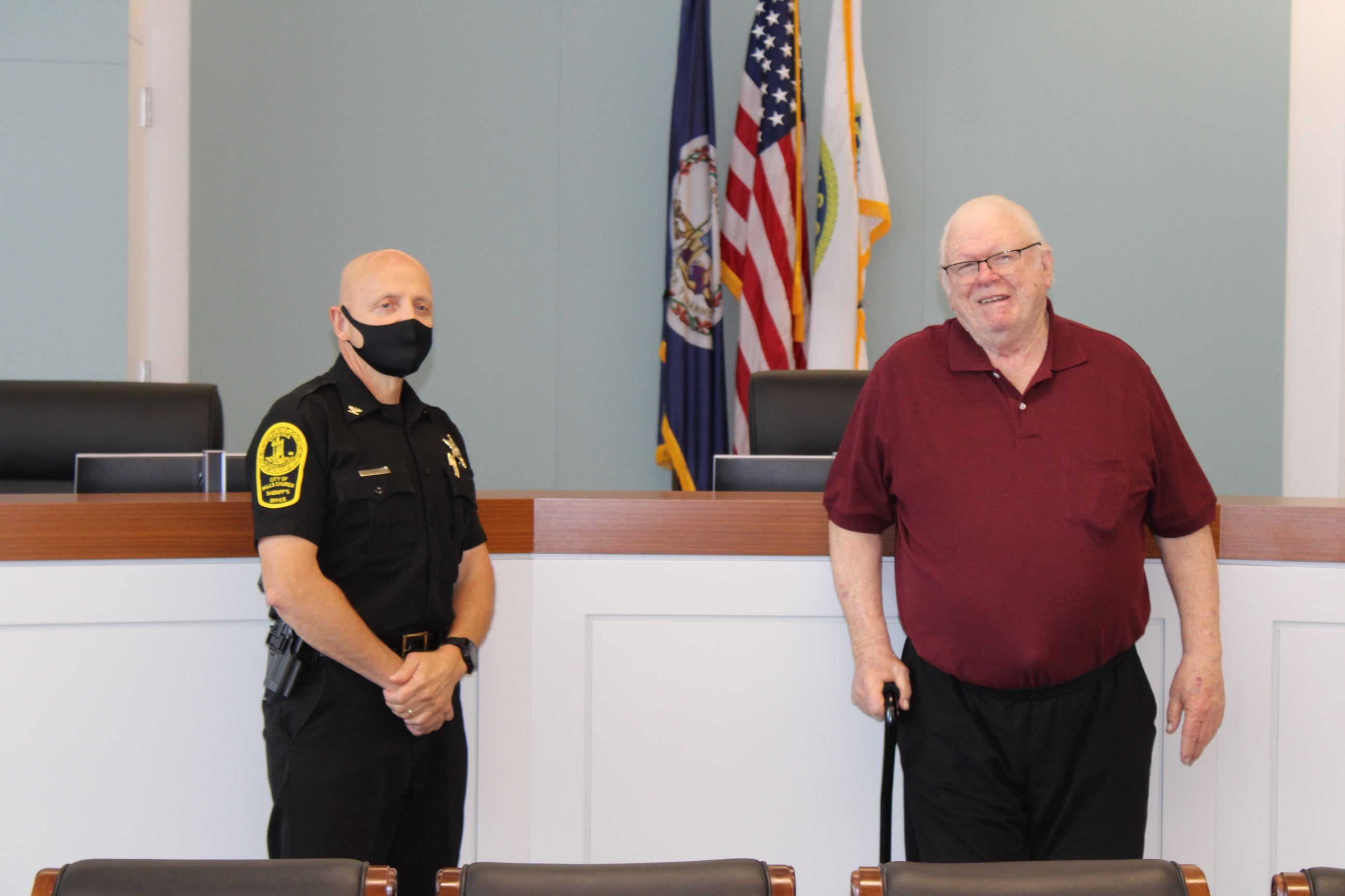