About the Proposed Development

Broad and Washington is a new mixed-use development project proposed by Insight Property Group LLC represented by McGuire Woods LLP. The site is located at the northeast corner of E Broad Street and N Washington Street intersection in the City of Falls Church. As proposed the project would include the following elements: 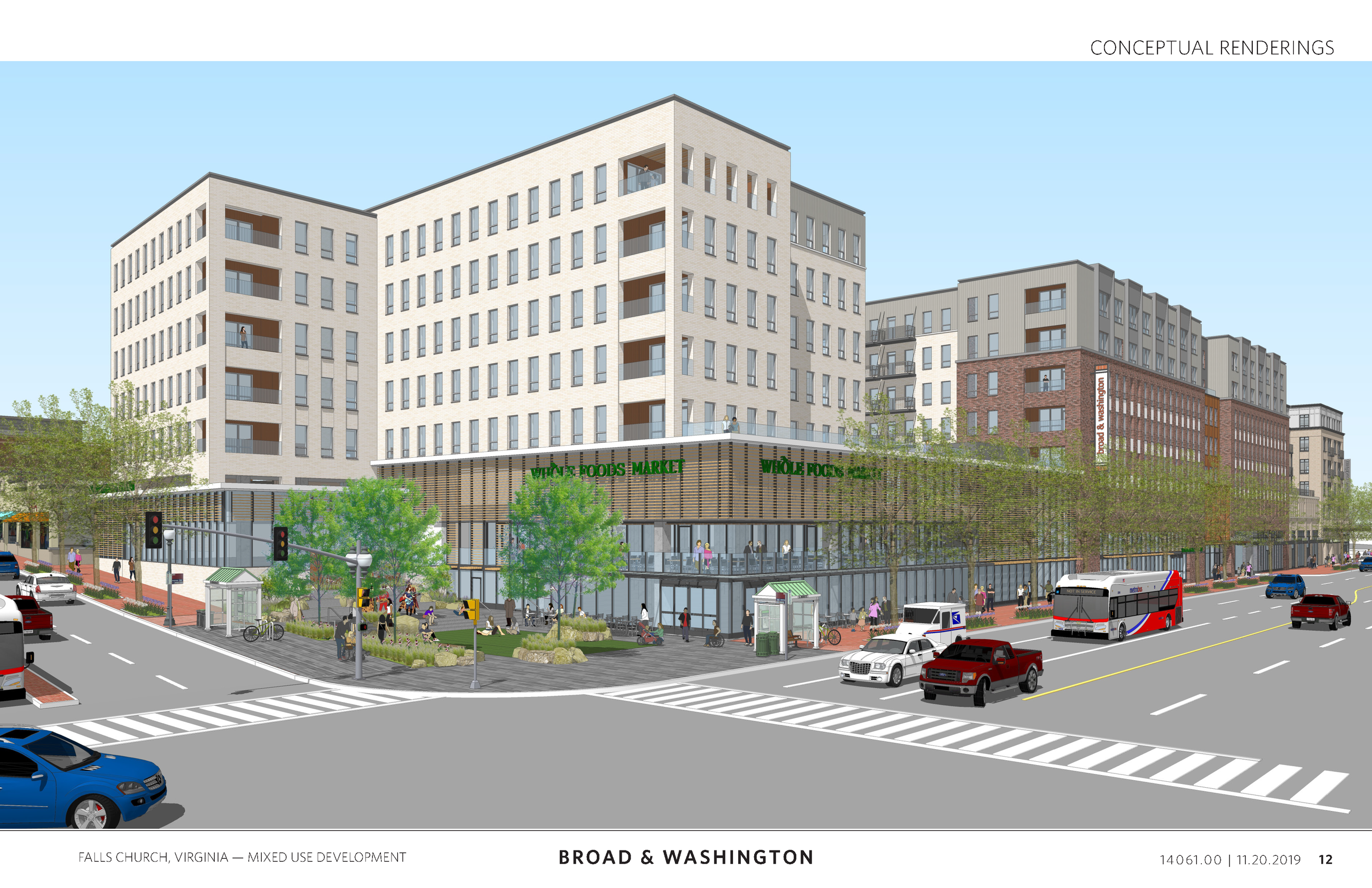 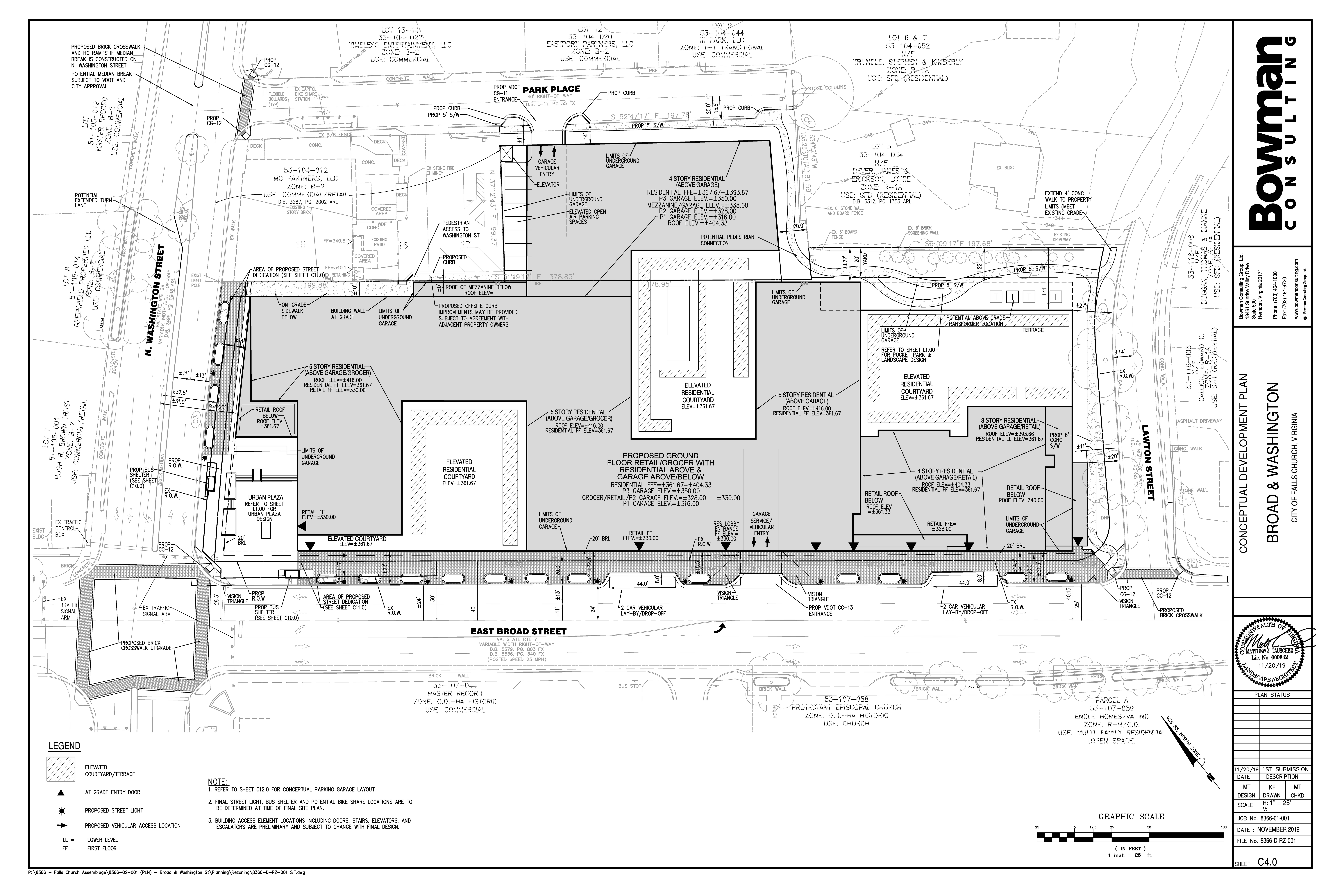 (View and download a PDF of the layout plan.)

The new application requires the following land use actions by City Council following a recommendation by Planning Commission:

Development proposals of this scale must go through several stages of staff review and receive several reviews and approvals by boards, commissions and city organizations before they are considered for approval by the City Council. The application is currently under staff review, and no public meetings have been scheduled at this time. Once staff review is complete, a general schedule with upcoming meeting dates will be posted here.

None scheduled at this time.

See all documents and materials related to the 2015 Application on the Broad and Washington Project Archive page.