The Downtown Planning Opportunity Area Small Plan was last approved by the City Council in 2014. 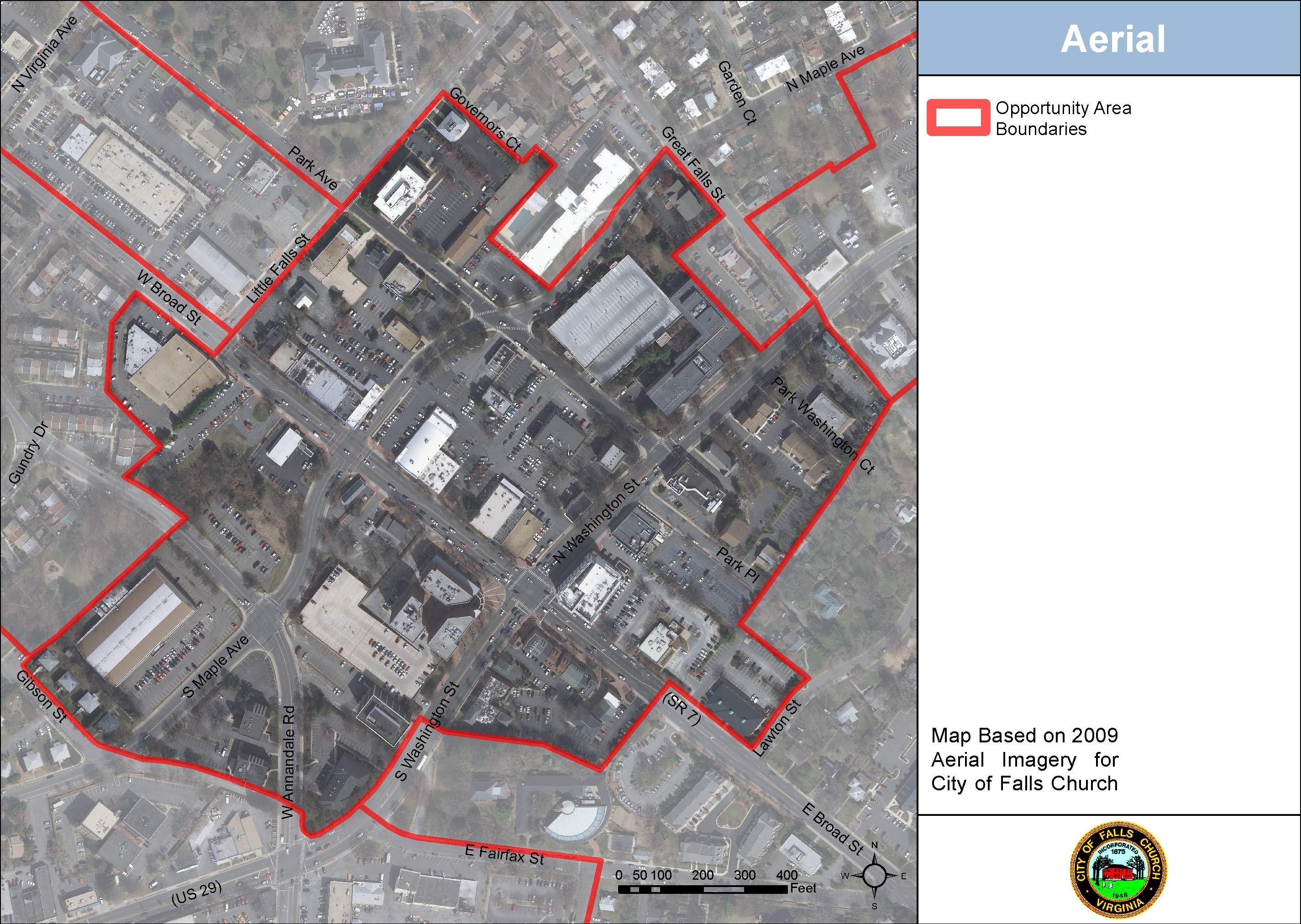 Area Description
The Downtown Falls Church Planning Opportunity Area (POA) is the third of several opportunity areas to be studied for redevelopment potential in the City of Falls Church. The Downtown Falls Church POA sits at the regional crossroads of Washington Street and Broad Street and is a nexus of culture and commerce in the City. Once this plan is completed, small area plans will have been completed for the Washington Street Corridor from the Arlington county border to Maple Avenue, covering the City's north-south commercial corridor.

The Planning Opportunity Areas are being studied and planned to help guide development in a proactive manner in accordance with the City's Comprehensive Plan. Planning in advance of development helps the city create an environment that maximizes community benefit and minimize negative impacts.

Public Meetings
The city hosted a public kickoff meeting on June 1, 2013 to talk generally about the POA and solicit community input on the future of the area. The City also hosted a Community Meeting on November 23, 2013 at the Community Center to discuss the first draft of the plan.

First Meeting, Kickoff
City staff hosted a community meeting on June 1, 2013 to kickoff the small area planning effort. Staff began with a presentation describing existing conditions in the area, previous plans for the area, and ideas for what might happen. Key ideas for the future included the definition of a core commercial area and a core entertainment area. Meeting attendees participated four breakout discussion groups covering the topics of:

Second Meeting, Draft Plan
On November 23, 2013 a public meeting was held to present the draft plan to the public.  A presentation outlined some of the key concepts of the Draft Plan and was followed by tabletop discussions facilitated by City staff that covered the same topics as the initial public meeting.  The meeting was attended by members of the public including current and future City Council members as well as members of various community groups.  At this meeting the new name for the POA, Downtown Falls Church, garnered a generally favorable reaction from attendees and has since been applied to the area.

Adopted by City Council
City Council referred the latest version of the draft Downtown Falls Church POA Small Area Plan to Boards and Commissions for comment on April 16, 2014.  Boards and Commissions reviewed the draft plan over the next two months and sent comments and suggestions to City staff.  Staff then made revisions to the draft plan based on these comments.  The draft plan was then be presented to City Council at a regular meeting on June 23, 2014 where it was unanimously adopted with minor edits.  The final plan is a guiding document for development in the area.